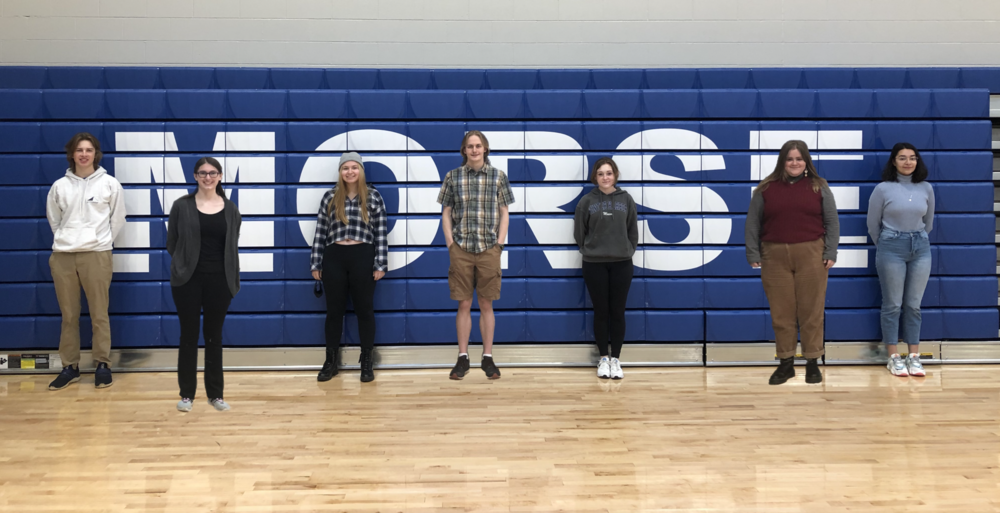 Bath, ME (April 5, 2021) – Morse High School (MHS) is proud to announce that seven graduating seniors have qualified to receive the Maine State Seal of Biliteracy, an award that recognizes student achievement in language learning. To qualify, students had to score well on their SATs to prove proficiency in English and take a 4.5-hour test from the American Council of Teachers of Foreign Languages to prove proficiency in their second language.

“All of the students who took the test did very well, and we’re so proud of them,” said French teacher Becky Deschaine. “They all faced challenges because of COVID-19, but they stuck with it, practiced, and persevered.”

Spanish teacher Jennifer Williams explained that, this year, because of distance learning, students received half as much class time and practice as usual. Despite that, this will be the largest number of qualifying seniors to receive the Seal since the Maine Department of Education began the Maine Seal of Biliteracy program in 2019. Fifteen students have earned the Seal at MHS over the last three years, and four were able to earn college credit for their achievement within the University of Maine System.

In addition to French and Spanish, Morse graduates have earned the Seal in Serbian and German.

At its core, the Seal of Biliteracy serves to encourage students to pursue biliteracy, recognize the positive cognitive and academic benefits of being bilingual, and can serve as evidence of academic and workplace readiness.

The 2021 qualifying seniors are:

In addition, by passing the French and Spanish examinations, the following members of the classes of 2022-2024 are on track to receive the Seal when they reach senior year: